Getting the most from your "POV" (point of view) video camera

I've been using the JVC Adixxion POV camera now for a few months and have experimented quite a bit with it. I've taken some terrible videos, made the terrible mixes and some pretty good ones. I've found a few key details can make all the difference between good and better...

1. Use multiple points of view

Just shooting 5 minutes of video from the top of your head can be incredibly boring - even nauseating for some ski shots. So what can you do - given that your POV camera is screwed onto the top of your helment? The answer is simple - fake it! Use Google image search and pull up some stills showing your ski run from a distance- then mix these stills into your final video. The other alternative is to ski the same run more than once and shoot some video from your POV and then give the cam to a friend and have them shoot from a distance. The final mixed product can then incorporate both POV's into a more interesting video.


Rather than just have a running video - create freeze frames during the video and use them to call attention to specific events of details.

The best way I've found to do this is to use an iPad + iMovie app + iPad CD card reader. This of course assumes you already have the iPad! This combination lets you travel light and view your day's video on an iPad  - then mix in stills taken from your camera or video camera.

I set my camera to high res (Full HD) and then uploaded to youTube as high res. The tricky part is that youTube by default serves up the video in medium quality - so you have to edit the video settings to be HD... Try playing back either of the two videos above and choose the settings icon to see how HD improves the quality of the video.

Nothing is more frustrating than having the perfect run, perfect shot and then pushing the wrong button or ending up with a still instead of a video. Take the time to practice with your camera - and be sure all your friends who will be shooting with you do the same!

Have fun - and let us know how your own videos come out!

Which costs more to heat my home in Vermont? Heating Oil or Propane?

I've been trying to figure out how to reduce my home energy bills and am evaluating propane vs. oil vs. electricity.

Getting the comparisons to actually work is tricky - since prices are always changing and comparing across sources is hard. To make it easier here are some good tools:

This wesite is awesome in that it gives you an easy to understand comparison between costs for all sorts of different energy sources. In order to make this chart work of course you need to know pricing - which is hard if you aren't actually getting propane or oil yet... That is where this URL comes in handy:

This site automatically compiles cost data. In order to compare propane vs. oil just take the pricing from #2 and pop it into the tools on #1.

3. To determine current electricity costs use this site
http://www.eia.gov/electricity/monthly/epm_table_grapher.cfm?t=epmt_5_6_a

To determine our current cost per kWH

It is currently cheapest for heat with oil (not counting wood...) - followed by propane followed by electric. 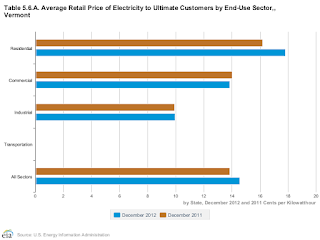 Should I replace SiriusXM satellite radio with Slacker, Pandora or Spotify?

I've been looking for a cheaper alternative to paying Sirius radio (about $40/quarter or $160/year) and have been testing a variety of solutions.

My conclusion is that there are cheaper and better alternatives to satellite - but you have to be prepared to invest in some hardware to get a system that is as convenient as Sirius.

What I have now:

Pioneer receiver and older XM radio unit that can store satellite radio for offline play. The music from the XM radio unit is then sent via FM signal to the Pioneer in dash receiver.

The good: In the mountains I switch to the stored radio programming and can still listen to music. With a push of a button I can switch to different stations.

The bad: I'm getting tired of the Sirius Dj's and am finding the music kind of stale. I'm also tired of paying for radio when so many internet stations can be listened to for free from a desktop computer.

What I've migrated to:


Step 1 in making the switch away from satellite radio was to upgrade my in dash stereo to one that supported bluetooth. This was key - as it allowed me to easily connect my iPhone to the receiver with no wires (or without even having to take the iPhone out of my pocket). I've tried wired connections to my existing stereo and found that this added one other level of complexity that I didn't have with the satellite receiver. As soon as I installed my bluetooth compatible receiver and paired with my with iPhone i was able to start streaming any audio from my iPhone to car stereo really easily - and control the playback using the stereo (pause, skip, etc.).

Step 2 was figuring out how/which service to use on my iPhone to replace SiriusXM radio. I spent a lot of time researching this and ended up using a combination of three apps on my iPhone. For me the two driving factors were cost and offline playback. I live in Vermont and we have pretty poor cell coverage - so for the majority of my commute I have no signal and have to rely on offline playback mode. I ended up with three apps all of which support offline playback.

Google Music + Melodies (app).
The melodies app allows me to store playlists on my phone directly from my google music account. My google music account has 3,000+ songs - so I just create a few playlists that have genre/artist mixes and then  store them for offline play. This way I can play favorite songs easily no matter where I am and update the playlists to keep the combinations fresh. This doesn't expose me to new artists and tracks so my next addition was

Slacker Radio iPhone app
You have to pay $4.99/month for offline playback - but when you do the slacker iPhone app rules. You can store a few stations (each of which will load around 1,000 songs) to you have this massive collection of offline music for playback. Switching from station to station was pretty easy on the iPhone and the bluetooth connection streams not only the music but the artist and album as well. The only downside was the $$ for the monthly subscription - but it was still much cheaper that Sirius. You also have to allow a loooong time for station downloading (several hours) and also have a few gigs free space on your iPhone to store the station songs.