In case you missed it - there was an epic fail last week when Microsoft unveiled their new tablet.

When the poor (or actually very rich) Microsoft chief executive Steve Sinofsky went to demo the new tablet - it promptly failed as he tried to demonstrate it's rich media abilities. Watching Steve continue to deliver his carefully scripted and professionally coached patter while desperately trying to restart the now bricked tablet was hysterical...until I started remembering all the times it has happened to me.

My first epic fail happened years ago while hosting a sales event at the Ritz Carlton in Cancun.

I don't really expect much sympathy from my readers - because I was after all staying at the Ritz on a company dime... but there are probably few harder places in the wold to run a business meeting from. I had spent months putting together the event - attracting buyers from Staples, CompUSA (remember them?), Costco and others. Fresh out of grad school and in front of not only these hard boiled buyers but also senior management from the parent company I was anxious and eager to put in a great show. Two slides in and the bulb blew on the projector. Luckily for me - the projector had a spare bulb stored within the case. Sweat was already starting to trickle down my nice Armani suit as I struggled to replace the bulb. One slide past and the spare bulb blew. It didn't take long for the buyers to smell blood in the water and suddenly I was being heckled (loudly) by the buyers - who now viewed me as the speed bump on their way to the beach and cold beer. Trying to do a song and dance (mime skills) just made things go bad to worse and the last thing I remember is seeing a mass exodus as the buyers vanished en mass.

It was for the same company a few month later that things went from bad to worse. We were attending CES (http://www.cesweb.org/) to introduce a new product - this time a cord management system.

The holy grail for any manufacturer is the Walmart buyer. With the power of gods, these buyers can literally make or break a company or product line. Buyers in these positions typically turn their badges around so that you can't read their name, position or company and try to remain below the radar. We happened to know what he looked like - so as he approached our booth we went into high gear. I proudly brought out the latest sample and prepared to show how easily it could be opened. Couldn't be done. I could not get the top off of the 'easily opens cord manager' and the buyer was getting closer. Our VP of sales saw me struggle and quickly snatched the product out of my hands and went at it. Digging his finger nails under the lid he brought all the might of his Cornell wrestling skills to bear on the small plastic box. Unfortunately for him, the plastic lid was stronger than his nails and as he pulled harder, his nails gave way - and he ended up bending each nail backwards at once. The last thing I remember was him turning tail and running away from the Walmart buyer - silently howling in a mixture of pain and frustration. Walmart never did end up stocking the product...

The last fail happened in Rimini Italy at a global sales meeting.

As we broke for a traditional long Italian lunch  - none of us were looking forward to returning. A few hours and several glasses of wine later we returned to the hotel's conference room -and discovered that each laptop in the entire room had been stolen while we were gone. My two memories are the hotel manager arguing that it was simply impossible that the laptops had been stolen - we must have misplaced them (and he continued to argue this point for nearly an hour - insisting that we each search our own room to be sure we hadn't left them there by mistake) and more importantly - how well everything went after that. Forcing us all to use a white board and engage with the audience - instead of simply reading off a powerpoint presentation resulted in one of the best sales meetings I've been to.

Since that time I've learned to never rely on anything working live. Showing a new product? Have a picture at the ready. Showing a new website? Have screen grabs ready to show when the site goes down. Using a projector? Bring printouts and a white board marker. Be prepared and have a good restaurant with a great bar picked out in advance for the aftermath. 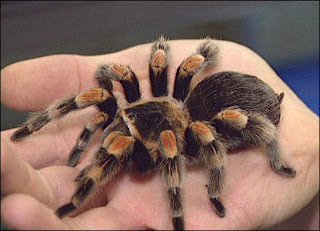